The Perils Of Pygmies - Are These Old Figures Racist?


In my last post I mentioned the Zoats, a race who are no longer extant in Warhammer.  Most such excised races were attempts to create new races whole-cloth to give Warhammer something unique rather than a pastiche of classic ideas – for every success story like the rat-men Skaven, there was a somewhat abortive idea like the one-eyed Fimir or faux-Mongolian Hobgoblins that didn’t quite last the course.

Reading older editions of the rules can reveal a surprising amount of time spent on ideas that people who started playing the 90s would know nothing about, or whom were very heavily changed – the frog-men Slaan for example, who as late as 3rd edition had a full army list but for the bulk of my play time have been represented on the table by a single, bloated toad-man leading a Lizardman army.

When I first got my copy of the 3rd edition rules and army lists, perusing them from the vantage point of the 21st century, the race that struck me as most incongruous was not the Fimir, the Zoats, the Slaan, the Amazons, the Gods of Law or even the Nippon Kamikazes.  Instead, it was one of the kinds of human that was presented as allies/slaves of the Slaan. 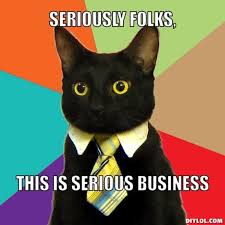 This race are named after the Pygmies, and talking about them is going to be a part-geek ramble, part-political argument.  In short, this might be a bit more SERIOUS than normal.  Set your expectations accordingly.

While modern Warhammer focuses heavily on “The Old World” – that is, the European analogue and the adjacent environs – earlier versions of the game were much vaguer in setting and the first couple of army list books do consider the possibility that you might want to make an army from other parts of the world.

First Edition through Third had stats and a modicum of background for the people of Cathay and Nippon, the Far Eastern analogues; the Arabia-a-like was presented not just as home of Undead but as the possible origin point for a fantastical human horde; and Lustria, the equivalent to South America, was the focus of an in-house campaign and more than one published scenario.   A promised Lustria book never materialized in the 80s, but the people of the Warhammer Americas did see a fair chunk of support and even in Eighth Edition the Dark Elves and Lizardmen still called this region home.


The Warhammer Pygmies were one of two human cultures presented as coming from this region – the other, the Amazons, have fared slightly better in that Blood Bowl kept their concept alive.  The Pygmies meanwhile have been put in the memory hole and it’s not hard to see why - the artwork of them, and the small amount of miniatures produced, are replete with rather unpleasant racial caricatures that its hard to believe would have been acceptable even in the 80s.  (Then again, note when The Black And White Minster Show came off the air... There's something they don't repeat)

Now, the art style and especially the miniature design of Games Workshop products are not and have never been hyper-realistic – it’s always used exaggeration, with disproportionately sized heads and insanely huge weapons used as a conscious “house style”.  (This apparently scuppered attempts by GW to do a Star Wars game, since their sample Stormtrooper figures followed their standard dimensions rather than an action-figure-esque recreation of the movie suits) The features of many models across many manufacturers aren’t hugely realistic, and you could fill a whole blog posting about the illogical way that women and their bodies are portrayed in 28mm format by every company to ever put scalpel to green stuff.

All that said, I feel these characters cross a line from “understandable exaggeration for artistic effect” into “inappropriate racial stereotyping” in their portrayal of the Pygmies as some sort of sub-human people of comic misshapen design, with bones through the nose and a background mentioning cannibalism.  Rather than looking like Citadel Zulus – which would be fairly cool as a concept, especially considering the pasting the Zulus have given the British in the past! – what we instead ended up with has more in common with a golliwog than a human being.  To be blunt, comedy boobs on your Valkyrie is one thing but the Pygmies are gross renderings of dark skinned peoples that wouldn’t look too out of place in Ku Klux Klan propaganda


The features presented are so extreme as to stop looking like “humans of a different ethnicity” but instead to look like some sort of weird fantasy species – painted green, these figures could easily pass for tribal Goblins.  I don’t think any other human figure in the Citadel line could have that said about them, the features of the French/German/Norse equivalents never being radically different.  That it happens to the only Southern Hemisphere-origin people in the whole history of the game is particularly galling – I realize that sounds a bit Social Justice Warrior of me, but then there are still questions about how white-dominated nerdy hobbies are.  (My good friend Raj has written about his experience with that in the past – he seems to suggest it’s never felt malicious or uninviting to him, but it’s notable that he’s often the only non-white nerd in the room.)

Orlygg at Realms of Chaos once wrote a defence of this line  – he argued that the exaggerated elements played to genuine tribal characteristics (like using scarification as decoration) and compared it to portraying Scottish people as always in highland dress.  He felt that modern audiences may be giving the Pygmies an overly harsh interpretation – the phrase “political correctness gone mad” wasn’t used, but one could argue there’s a touch of that feeling therein.  I replied to this post saying that didn’t wash with me, but the discussion was very interesting as it dealt with much bigger topics than you’d usually expect on a gaming blog.  The topic clearly divided the commentators present and I imagine any replies I get will be equally divided.

Its understandable one would want to dispel the accusation that the founding fathers of Warhammer were in some way racists since it’s a pretty serious crime to our modern sensibilities.  Certainly, we have to recognize that this was the mid-eighties and the Pygmies were one of several creations by bunch of Nottingham & London nerdy white boys who were just writing some daft stuff that came into their heads.  The time they came from and the innocent motives of any bad choices they made must be factored in.

The GW team were inspired by a host of fantasy sources which include those with heavy racial stereotypes.  Read the original Conan stories and the presentation of black people is fairly heavy in some interesting language, for example – but if you wanted to play a Conan-esque scenario you’d need figures to mimic those people, right?


Anything excluded from modern day Warhammer will find a saviour in at least one third party miniatures manufacturer and the Pygmies are no exception.  Kallistra are a British miniatures company and their fantasy range includes very similar looking figures alongside their own Elves and Dwarves.  I bumped into these while trawling the net last week searching for historical miniatures ranges – I was looking for people making World War 1 figures, of all things – and I must confessed I was pretty shocked to see a modern producer was selling anything like these miniatures.

On the one hand, that means that people trying to assemble an Oldhammer collection can fill a gap in their army lists with authentic looking figures – and whether you think the figures are inappropriate or not, a certain sort of collector would want to complete his collection regardless.  I say this as a man whose downloaded the banned 30s/40s Looney Tunes cartoons to watch – I could write a whole blog post about what’s good and bad about those.  They exist in Warhammer’s history, they have rules for their use on the table and if you never got around to buying the Citadel figures back in the day this company may let you finally tick that box off your Nerdy To-Do List.

But, and I think it’s a pretty big but, any forgiveness we give the Pygmies for being the product of a mid-80s worldview vanishes the moment a company is churning them out new and without apology in 2015.  Someone selling original figures on eBay is at least dealing in collectibles with a historical context – here I feel you could argue this is profiting from the imagery of racial prejudice.  Plenty of miniatures companies make figures I find a bit tasteless, but like any art form I expect there to be things I like and don’t like.  The Pygmies still being in production, however, seems to me like it could be an actual problem.  I’m not sure quite how I’d feel if I was playing a game against someone with these figures, but I can easily imagine people for whom that might be a table-flip sort of scenario!

I’m very interested in your thoughts, my readers, whether you are an Oldhammer hand who knew these figures in the old days or a total Warhammer novice.